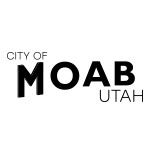 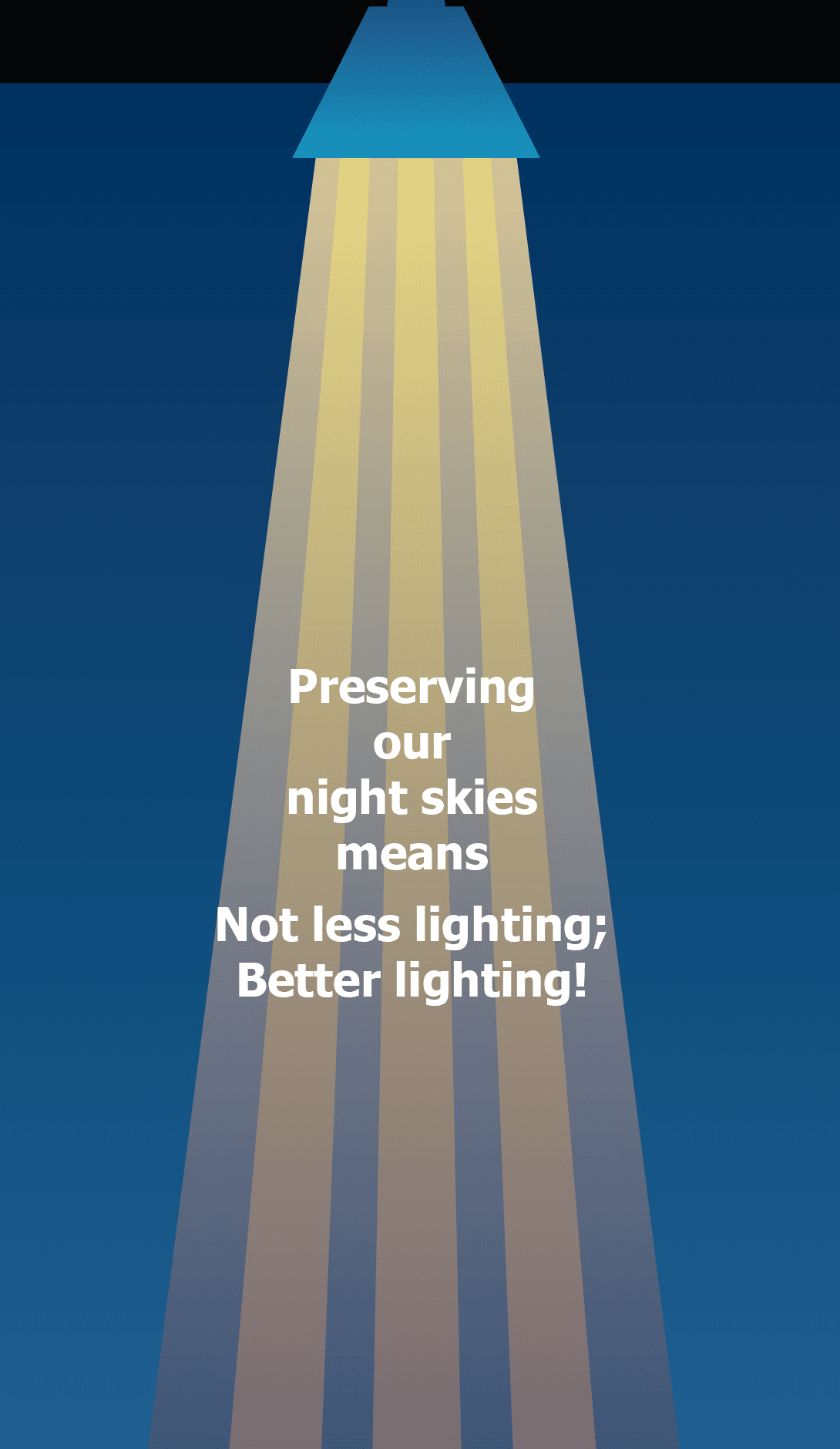 The most important aspect of effective lighting is providing light where it’s needed and none where it’s not. “Dark Skies” does not mean less light, it means better light. That means less light in the sky and less harmful blue light on the ground. In upgrading City streetlights to LED luminaires we will eliminate skyglow, safely light our evening travels, and save energy with efficient fixtures. The proposed streetlight conversion plan conforms to international standards for safe use of roads and sidewalks.

Why do we need streetlights?

Why are we switching to LEDs for our streetlights?

What does the streetlight conversion have to do with Dark Skies?

What will be different about the LED streetlights?

Will the LED light negatively affect my sleep?

What if I don’t like the new light, or it’s too bright?

How did the City decide what light levels to replace the lights with?

We received feedback from the first round of demos that the 3000K lights were too harsh. Look for a second round of demos in 2023 with 2700K and 2200K options. 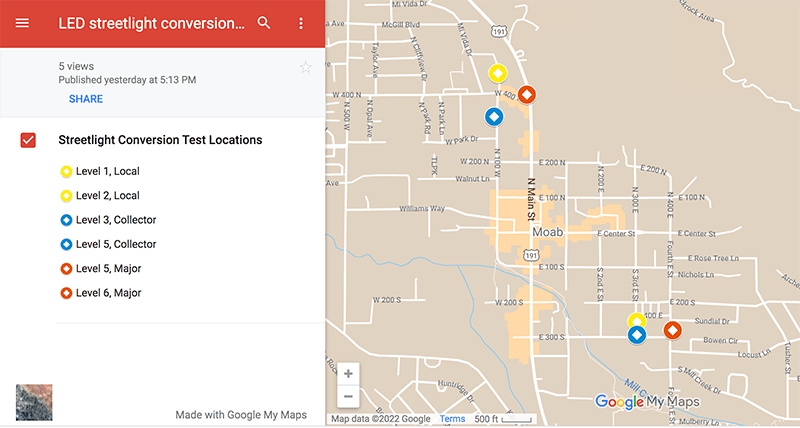 Learn About the Moab and Grand County Dark Skies Initiative

Click on the map below to search for your address and see which light level will be installed in your neighborhood based on the classification of the street you live on (“major,” “collector,” or “local”). 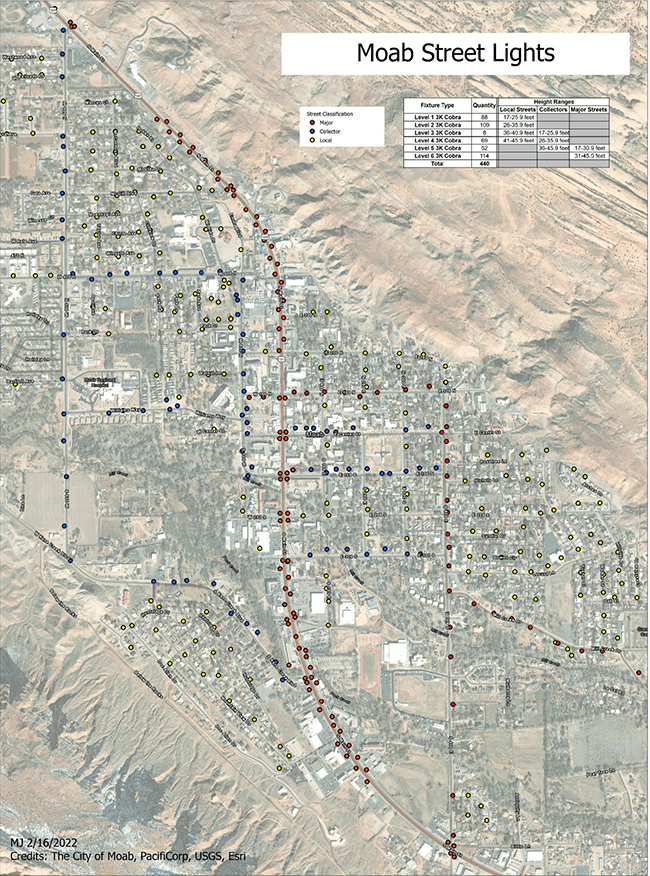